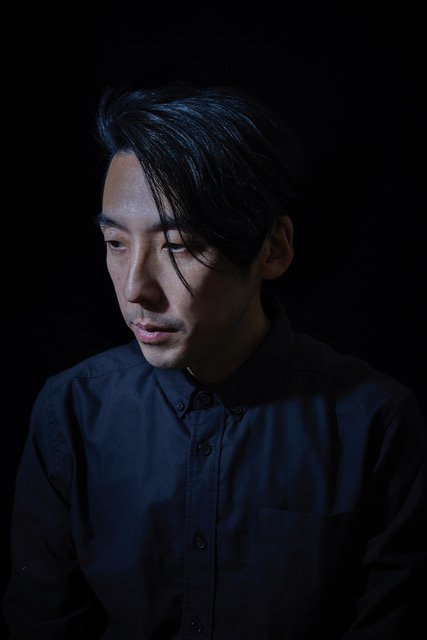 Drummer/Laptop musician.
Born in 1975, Yu Ojima is a Drummer and Composer active mainly in the Tokyo area.

From 1998, he spent 2 years in New York, lending his skills as a drummer to numerous live performances and recording sessions on the Manhattan club scene.

In 2005, he released Entomophonic, a solo drum album. Put together using a minimal combination of drums and effects, each track was inspired by a given variety of insect. The 13 species represented across the 13 tracks comprised a concept album intended as a sonic entomological field guide, and also constituted Ojima’s debut offering in his JImanica guise.
Following the release, Ojima began to make use of drum triggers, which enabled the simultaneous deployment of effects and melodies and even took part, using his drums as the lead instrument, in a wide variety of live and recording sessions spanning a diverse range of styles from Improvised music to Pop, all the while also remaining highly active as a solo live performer.

In 2006, Jimanica put together and released a DVD in collaboration with fellow drummer Itoken and the media artist Takashi Yamaguchi. This work received an honorable mention in the Digital music category at the 2008 Prix Ars Electronica. Every year since then, Jimanica has ventured on a European tour, as well as being invited to perform at various events in Korea, Singapore, Australia and elsewhere. In 2010, he played at the Mimi and Marsatac festivals in Marseille France and the Festival Scopitone in Nantes.

In 2007 Jimanica teamed up with Ametsub, another highly-regarded electronic artist, to form the duo Jimanica:Ametsub, who garnered much attention with their activity, including a performance at the outdoor Nagisa festival.

In 2010, Jimanica commenced a collaboration with Yakushimaru Etsuko (of Soutaisei Riron) and d.v.d as the unit Yakushimaru Etsuko & d.v.d. In April the same year, they released the 8-track album, Blu-Day. Then, the following November, Jimanica went on to release his second solo album, Pd, which even featured a remix from Oval, aka Markus Popp. It was also in 2010 that Jimanica took his Jimanica band set onto the live circuit.

The third Jimanica album, Torso, was released in September 2012. The way it shifted the role of drums in pop music from the rhythm section to the forefront earned Ojima plaudits not just as a drummer, but also as a composer.

At present, whilst maintaining an active schedule of performance and releases with his own band, Jimanica continues to collaborate with and do remixes for various artists on the Tokyo scene and elsewhere.

お仕事のご依頼、お問い合わせ等は下記アドレスへ。
Any information and bookings, please send mail below.
info[a|t]jimanica[d|o|t]com

ドラムレッスンのご案内。初心者から幅広く募集します。
Any styles and levels are welcome.
///Click here for the detail///.